It has been well documented that many cultures, including the chinese, ancient Greeks & Egyptians all through the middle ages to modern Europe, have used magnets to relieve pain & symptoms of many conditions & also for the preservation of Beauty. Today magnetic therapy is being used by millions of people world wide to help maintain their health & enhance the quality of their lives.
The term magnets come from magnesia, a province in Asia minor, where ancient Greeks discovered the rock, Magnetite, that attracted ferrous material.

MECHANISM (S) OF ACTION
According to research when an area of the body is injured & tissue is damaged, it causes an imbalance in the electromagnetic field which triggers pain & swelling. The application of the therapeutic magnetic field to the injured area relaxes the muscles & tissues thereby increasing blood flow which supplies more oxygen & nutrients to the injured site. This process restores the electromagnetic balance in the body thus relieving pain, inflammation & promoting rapid healing without any side-effects

The body’s magnetism comes from two sources
» Magnetism from the earth’s own magnetic field. The bio-north pole of a therapeutic magnet is exactly the same as the earth’s natural magnets.

» Magnetism produced through metabolism (oxidative remnant magnetism) The magnetism made internally by the body (through oxidation) is not adequate to sustain life. Humans as a result have a definite dependency on magnetism from external sources. This was proven when astronauts required to use magnets to replace the magnetic field of the earth.It is also shown in an everyday phenomenon know as “jet lag” which results when flying for a long period of time, from being too far from the earth’s Magnetic field.

Magnets create a magnetic field believed to attract & repel charged particles in the blood creating movements & heat. This causes the blood vessels to widen which is believed to accelerate the healing process by allowing more blood to pass through capillary. Thus improving blood flow, which takes away the toxins in the system & brings in nutrient rich blood to the effected are,this helps to reduce discomfort & inflammation. The magnetic field is also thought to stimulate the nervous system, triggering blockage of discomfort sensation 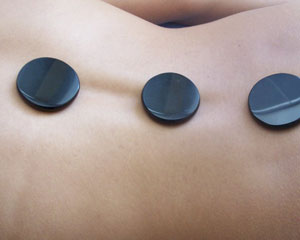